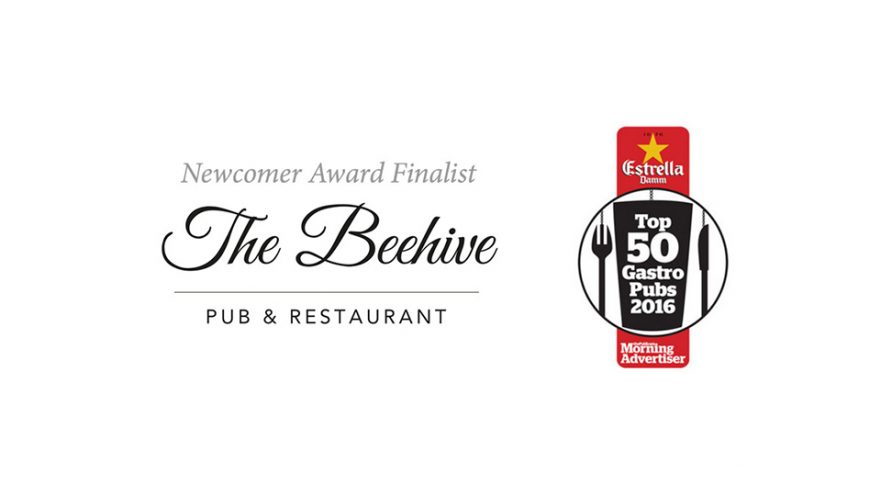 We are all very proud to have been named as a finalist in the Newcomer Award of the Estrella Damm Top 50 Gastropubs 2016. We are one of three pubs that has been shortlisted for the award.

The award, organised by leading pub industry magazine, The Publican’s Morning Advertiser, is open to Gastropubs that have opened in the past 18 months.

The Beehive was listed as one of a shortlist of pubs in the one to watch category in this years’ Top 50 Gastropubs, tipped to be featured on future lists of the top 50.

The Publican’s Morning Advertiser editor, Ed Bedington, said: “The Beehive is an outstanding gastropub and has made a great impact with diners in a relatively short period since changing ownership under Dominic and Helena Chapman.

“The cooking is of the highest standard and it is down to Dominic’s vast experience and commitment to producing fantastic seasonal menus celebrating great British produce.

The overall winner of the award will be announced at an awards lunch on Monday January 25th.